I just wanted to give you all an update on the status of the higher current kits we are producing. We had hoped to have them ready by the end of the year, but some of the production steps have proven to take longer to prepare than we expected. The spring contacts and threaded terminals, which will use copper alloys, are going to be silver brazed and nickel coated, but these additional steps have added to the complexity for production on our end, meaning it’s taking us just a bit longer to finalize production.

We are getting closer though, and the prototypes have been very promising so far. Early testing shows we are already into the double digits for amps per cell, but we won’t have a final amp rating on the new caps for a few more weeks. We’re continuing our testing and pushing the caps higher and higher to see how much current they can handle.

There will also be some new improvements in the physical cap design as well. A similar but redesigned shape is proving to allow much higher tolerances meaning cleaner and crisper edges, smoother interlocking, less struggling to align the dovetails and stronger caps that can stand up to a huge amount of abuse. We’re also upgrading the polymer as well to makes the caps even stronger than ever!

We appreciate you all hanging in there – I know a lot of you are excited about the higher power kits we’ll be debuting (based on the daily emails we’re getting from enthusiastic battery builders). I’ll be back here soon with some pictures and a more concrete release date for the new kits.

We’ve been hard at work on some new upgrades to the Vruzend kits. We’re committed to taking a proven and effective product and finding ways to make it even better.

The first incremental update we are ready to roll out is the new color coded version of the kit.

We’re also including an extra 4 caps in each kit, due to popular demand. The kits now come with 104 caps and nuts. The rest of the kit contents remains the same, including the specifications. We’re still hard at work on even more upgrades to the kit and we’ll be reporting back when the next version of the kit is ready, which will be the higher powered V2 kit meant for you speed demons out there!

You can see more pictures and specifications of the kits on the product page, and place your pre-order now. We expect to be shipping the new kits within approximately two weeks. 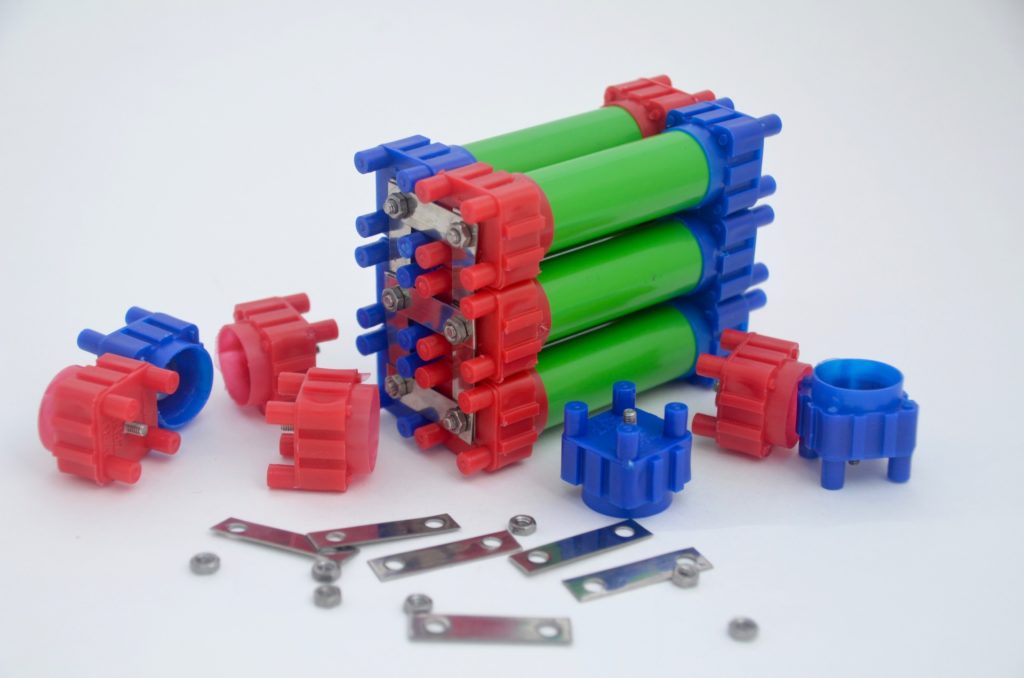