Below are example photos of a battery pack made with Panasonic cells. Originally the pack builder found that the cells were too narrow and would be pushed back out of the cap by the spring force. Once he added a wrap of electrical tape around the ends of the cells, the caps fit perfectly and snugly. Another option would be to use sandwich plates, as described here. 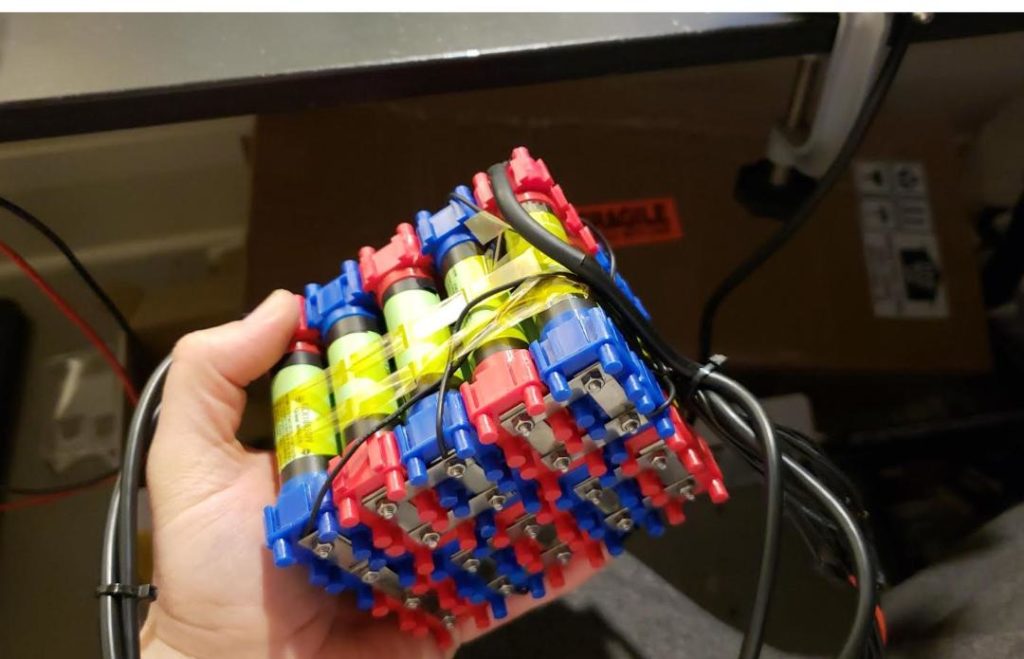 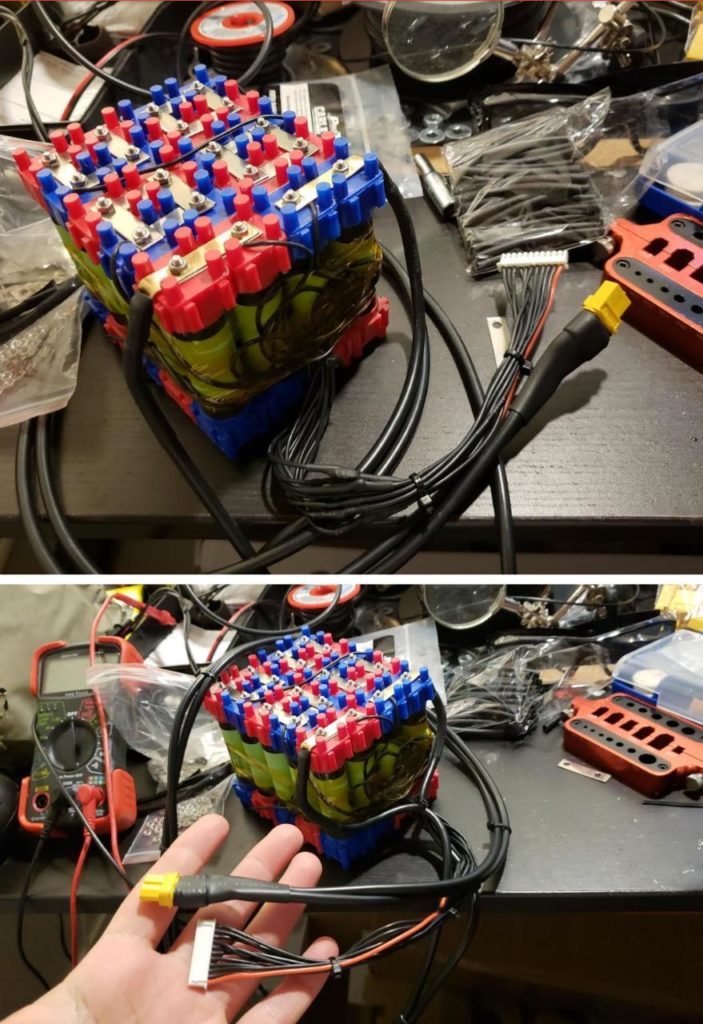