I just finished building a battery pack using one of your V1.5 kits and I thought it prudent to reach out to you for 2 reasons:

I'm an electrical engineer working at a national laboratory.  Recently, a defective piece of equipment landed on my desk and, long story short, it came down to a battery that had lived out its useful life.  The purpose of this equipment is to act as a UPS for emergency de-energization of a large superconducting electromagnet.  You know, like the kind in movies that suck you towards them if your wearing a watch!  It turned out that the company no longer made this part so direct replacements were not available, and similar battery packs available on the internet would not fit in the space allotted so I got myself some cells and a kit and, boom; problem solved.

The pack is all together and working perfectly, however, I figured I'd share some minor issues I had to work through.  For this replacement pack I needed to use the same battery chemistry as the original (NiMH) so, admittedly, I probably wouldn't have had as much trouble had I used 18650 cells as specified.  However, it seems to me that a simple change could have simplified my build experience without compromising much else: moving the cylindrical plastic pegs closer to the stud in the center.  This would accomplish the following:

As I said, the kit worked great for my application.  However, because I used cells with a little bit smaller diameter, I had to zip tie the pack all the way around to maintain compression.  In addition, because I had some cells perpendicular to others (with connections made via tabs bent at 90 degrees), there was no way to avoid having to make some electrical connections over top said zip ties.

Given the perhaps atypical application, most users probably don't run into the same issues but, for what it's worth, there's my suggestion.  It seems to me that it's a pretty minor change for future designs that could add some functionality with little to no compromise but I'll leave you to decide if it's worth it.

Thanks for reading.  I love the kit and I'll be recommending it to others! 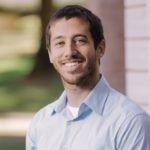 Thanks for your feedback! We are constantly working on improvements to the kit and without giving too much away, I think you'll be pleased with the next version to be released 😉